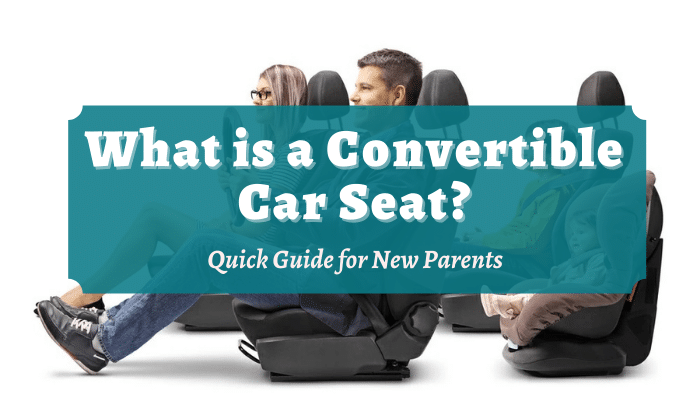 Convertible car seats have two seated positions and can serve as a "next step" car seat for your little one.

In this article, we'll be taking a brief stroll through history to learn about how convertible car seats came to be, and from there, we'll review some distinguishing characteristics that you'll almost always find in a convertible car seat. We'll also explore its differences compared to an infant, all-in-one, and booster seat (including safety) to help you determine which type of car seat is right for you.

When (and Why) Were Convertible Car Seats Invented? 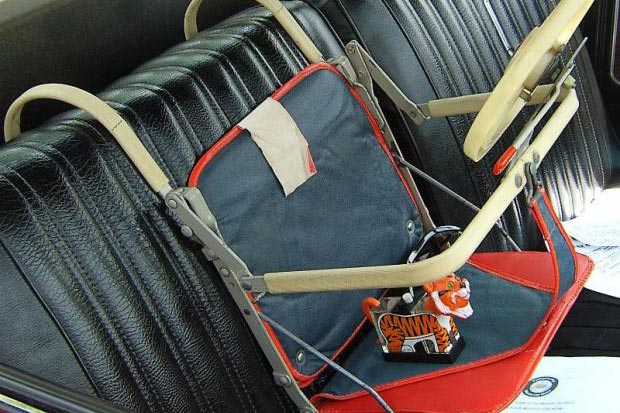 It goes without saying that car seats back in the day were primitive in design and lacked basic safety features to keep your child properly protected while riding in a vehicle. To understand how convertible car seats came to be, we have to take a quick look at what car seats were like before convertibles and how they paved the way for them.

The first famously-known car seat was a booster seat, produced by the Bunny Bear Company, that can be traced back to the early 1930s. Back then, booster seats were nothing more than a flimsy metal frame with a cloth pouch that hooked to the back of the seat. This was mostly because car seats, back in the day, were designed less for child safety and more so that parents could better see their child while they were driving.

In the 1940s, car seats underwent minor modifications so that babies and small children could be seated high-up in the front seat to get a better view out of the window. This also gave parents an even greater way to keep an eye on their little one, and for about 20 years, car seats were manufactured and sold this way until the invention of the first rear-facing car seat.

Two men, Jean Ames of England and Lev Rivkin of America, on opposite sides of the world simultaneously created the world’s first rear-facing car seat in 1962, and they were both similar models to the rear-facing car seats we have today. Ames created his design first, and it consisted of a Y-shaped strap similar to the harness systems you see on car seats now. Rivkin’s car seat design involved using the vehicle seat belt to buckle your kid into a metal-framed seat. After these designs became popular, many manufacturers started copying their designs to come up with their own versions of the rear-facing car seat.

As time went on, manufacturers and child safety organizations were becoming more safe-conscious of car seats, and they started exploring new ways to make car seats safer. The Ford Motor Company, one of the most popular manufacturers at the time, came out with the “Tot-Guard”, a forward-facing car seat that consisted of a plastic chair and padded area that served as a cushioned form of impact protection for your child’s face. However, even with all of these modifications, car seats still proved to be hazardous, and the need for safer innovations grew.

Finding new ways to make car seats safe is what spurred the creation of the first convertible car seat in 1970. It was known as the Bobby Mac Convertible Car Seat, and it featured both the rear-facing and forward-facing positions and was extremely popular among parents. As far as the Bobby Mac goes, there’s hardly any information about who manufactured it or where it came from. But, we do know that very soon after its creation, the National Highway Traffic Safety Administration (NHTSA) required that all car seats be secured with a vehicle seat belt, and children must be buckled in with a harness.

Soon after the implementation of the first child car seat safety regulations, a lot of work went into creating laws to ensure that car seats were properly made to provide the best protection for children. These laws and future innovations are how convertible car seats came to be, and they’re also the reason why we have all-in-one car seats, booster seats, and extensive laws to keep your child safe.

What are the Main Characteristics of a Convertible Car Seat?

Below, I’ve listed the three main characteristics that every convertible car seat is, most likely, guaranteed to have. 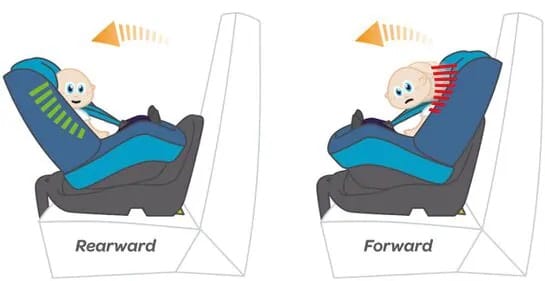 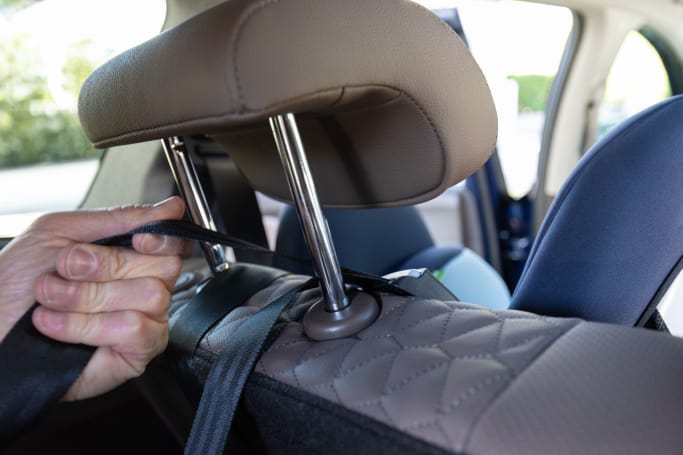 What Distinguishes a Convertible Car Seat From Other Car Seats?

Difference between an infant car seat and convertible car seat

Difference between all in one car seat and convertible car seat

Difference between a booster seat and convertible car seat

What Are The Major Brands of Convertible Car Seats?

In general, yes, convertible car seats are safe. Its’ highly recommended by the NHTSA and other child passenger safety organizations to keep your child seated in the rear-facing position for as long as possible. A good majority of the convertible car seats available on the market today are specifically designed with a higher rear-facing weight limit to keep your child seated that way longer.

Yes and no. Depending on the brand, you can find yourself spending anywhere between $60 to $450 on a convertible car seat.

Your child can use a convertible car seat until they exceed the height and weight requirements listed by the manufacturer. Once they’ve done that, it’s time to transition to a booster seat.

It depends on the car and the car seat. Most car seats have their dimensions listed online, so I would advise that you measure the part of the backseat you want to use for the car seat, and then check to see if the car seat’s dimensions line up with the measurements of your vehicle’s backseat.

Convertible car seats came to be in the 1970s after concerns for child passenger safety continued to grow. The early designs of the convertible car seat created the safe, reconstructed, and high-quality convertibles that we have today. When looking for one, remember that they only have two seated positions, side impact protection, and an adjustable headrest. Also, keep an eye out for the aforementioned car seat brands that are guaranteed to have safe and reliable convertible car seats.