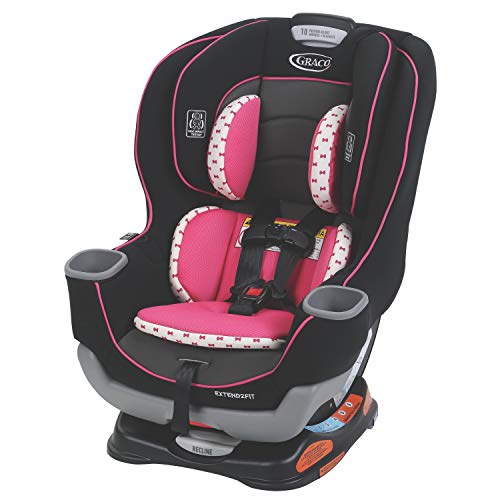 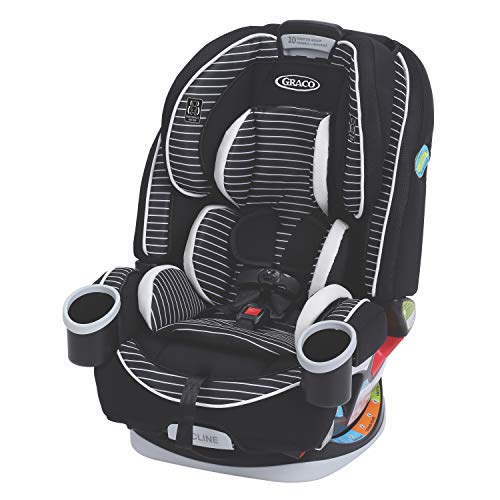 Graco offers an extensive line of convertible and all-in-one car seats. Two of their most popular and reviewed models include the Graco Extend2Fit vs 4Ever.

The Extend2Fit is a convertible car seat that's equipped with a 4-position extension panel that adds extra legroom for your little one. In doing this, your child can safely and comfortably ride in the rear-facing position longer. The 4Ever, on the other hand, is a 4-in-1 car seat that offers up to 10 years of use. It has a high weight limit of 120 pounds, so your child can use this car seat from birth until they outgrow the need for a car seat.

In this article, I'll compare and contrast the similarities and differences between the Extend2Fit and 4Ever car seats through a thorough breakdown of their features and specifications. I'll also highlight the pros and cons of each car seat to give you a clearer idea of what makes and breaks them.

Major Similarities Between Graco Extend2fit vs Graco 4Ever

A notable similarity between the Graco Extend2Fit and the Graco 4Ever is that both car seats are equipped with a Simply Safe Harness Adjust System that comes with 10 harness positions. What’s great about this harness system is it can be easily adjusted without rethreading the harness, which saves you time and energy.

In addition to that, both models include 6 recline angles to ensure that your child is seated at the most comfortable and proper level. Alongside that, both of these models come with an easy-to-read level indicator that lets you know if you’ve installed your car seat correctly and securely.

Another notable similarity between the Graco Extend2Fit and the Graco 4Ever is the InRight LATCH System. This system was designed to make installation quicker and easier.

Lastly, in terms of convenience, both models are equipped with dual cup holders so that your little one can keep their drinks or small toys within arm’s reach. Additionally, the Graco Extend2Fit and 4Ever car seats have a built-in Fuss-Free Harness Storage that holds the buckle out of the way to make it easier to get your baby in and out of their car seat.

Major Differences Between Graco Extend2fit vs Graco 4Ever

Another major difference between the Extend2Fit and the 4Ever is the 4-position extension panel that comes with the Extend2Fit, which is where it gets its name. This extension panel can be utilized to free up to 5 inches of extra legroom for your little one. In doing this, they’ll be able to ride in the rear-facing position longer, which is strongly recommended by the NHTSA and several other Child Passenger Safety organizations.

Lastly, if you travel a lot, it’s very important to know if the car seat you have is safe to use on an airplane. After undergoing rigorous crash testing, the 4Ever has been certified for aircraft use.

The Graco Extend2Fit is specifically designed to keep your child riding in the rear-facing position for as long as possible. It’s equipped with a 4-position extension panel that adds up to 5 inches of extra legroom for your little one. With this feature, your child will be able to ride in the rear-facing position comfortably and longer, which is recommend by several Child Passenger Safety organizations. The Extend2Fit also comes with 6 recline angles to maximize child comfort and ensure that your little one is seated at the proper angle.

The Extend2Fit uses the Simply Safe Harness Adjust System that grows as your child does. It comes with 10 harness positions that can be easily adjusted without the hassle of uninstalling your car seat and rethreading the harness. It’s also equipped with Fuss-Free Harness Storage to holds the buckle out of the way while you get your child in and out of their car seat.

For easy installation, the Extend2Fit utilizes the InRight LATCH System for a one-second LATCH attachment. It also includes an easy-to-read level indicator to let you know if you’ve installed the car seat correctly. The Extend2Fit has been rigorously crash tested and uses Trueshield Technology to provide enhanced side impact protection.

The Graco Extend2Fit is a high-quality and inexpensive device that’s equipped with enhanced features that work together to maximize child comfort, support, and safety. What makes the Extend2Fit stand apart from the rest is the 4-position extension panel that adds up to 5 inches of extra legroom for your child.

This is not only safer, but it’s also recommended by several Child Passenger Safety organizations, including the NHTSA. It’s been rigorously crash tested and uses Trueshield Technology to provide optimal side impact protection. All in all, the Extend2Fit is a highly exceptional device with enhanced features that guarantees your child safety and comfort.

The Graco 4Ever offers up to 10 years of use with a high weight limit of 120 pounds, meaning it’s a one-time investment. It’s a 4-in-1 car seat that can be used from birth until your child outgrows the need for a car seat. The 4Ever is ProtectPlus Engineered to provide superior side impact protection and has undergone extensive crash testing to ensure maximum protection from the side, front, and rear.

The 4Ever is outfitted in the patented Rapid Remove machine-washable seat cover that can be easily removed without uninstalling the car seat. It also features an integrated belt lock-off to make seatbelt installation easy and safer. The 4Ever uses the Simply Safe Harness Adjust that comes with 10 adjustable positions to provide a comfortable fit for your child as they grow. With this, comes the Fuss Free Harnes Storage that holds the buckle out of the way to make it easier to get your child in and out of their car seat. If you install your car seat using LATCH, then you’ll be pleased with the InRight LATCH System that the 4Ever uses to make installation super quick and easy.

In addition to that, the 4Ever features 6 recline angles to make sure that your child is seated at the proper and most comfortable angle. It also comes with an easy-to-read level indicator to let you know if you’ve installed the car seat correctly. And, as a result of its rigorous crash and safety testing, the 4Ever is certified for aircraft use in the rear-facing and forward-facing harness modes.

The Graco 4Ever 4-in1 is unique and stands out because it provides up to 10-years of safe, comfortable, and reliable use. It can be used from birth until your child is big enough to ride in the car without a car seat. The 4Ever is one of the few out of the Graco line of car seats to undergo such extensive crash and safety testing.

As a result of these tests, the 4Ever is certified for airplane use, so you can enjoy it both in the car and when you’re traveling. It’s also equipped with superior features, as well as an abundance of padding to maximize your child’s safety and comfort. All in all, the Graco 4ever is a top-of-the-line device that will bring you and your child 10 years of unmatched service and protection.

Despite the substantial differences between the Graco Extend2Fit and 4Ever car seats, both devices are equipped with similar features that provide superior protection in addition to enhancing comfort, safety, and stability. Both are high-quality and work to make it easier to keep your child seated in the rear-facing position for as long as possible. If I were to recommend one of these car seats, I would recommend the Graco 4Ever for the simple fact that it's a one-time investment. It's good for 10 years of use, and it's a 4-in-1 device that can be used until your child can safely ride in the car without a car seat, so it won't need to be replaced when it's time to transition to a booster.