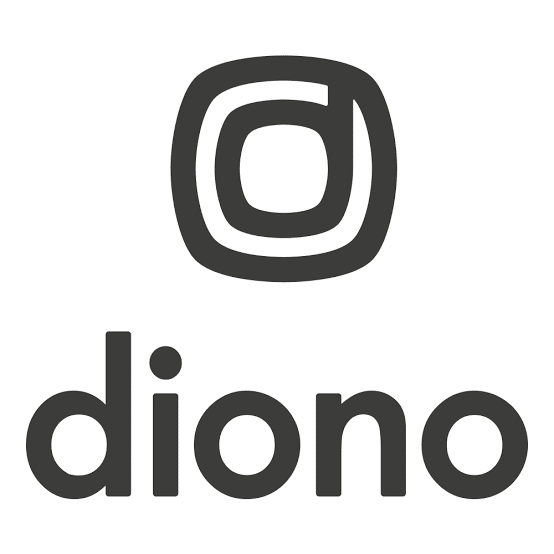 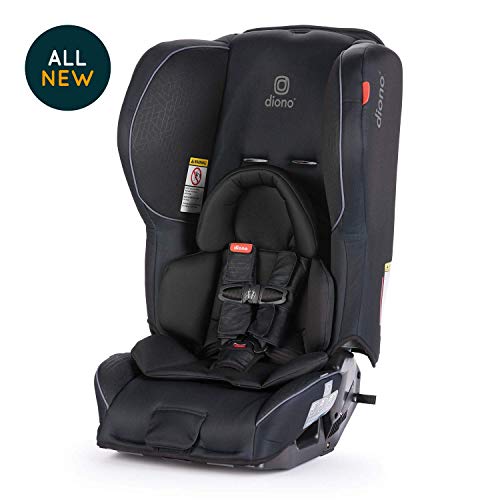 In this head-to-head comparison, we’ll be looking at two highly reviewed and top-rated Diono car seat models: the Diono Radian vs Rainier.

The Radian 3RXT is an all-in-one car seat with a high weight limit of 120 pounds and a 10-year lifespan. It has a compact and sleek design that frees up enough room that you could fit three of them in your back set.

The Rainier 2AX, on the other hand, is a convertible car seat with a weight limit of 65 pounds. It too is can fit three across, and it's equipped with some of the same enhanced features as the Radian 3RXT.

In this article, we'll explore these features and compare and contrast their similarities in differences. We'll also throughourly review their specs and what makes them stand apart from the rest of the Diono line to help us determine which of these models is the better choice.

A major similarity between the Diono Radian and the Rainier is that they both have a compact, foldable design that frees up enough room in the backseat that you could easily fit three of these car seats in your backseat. If you have multiple children that ride in car seats, then the Radian and Rainier would be perfect for them, as well as any other backseat passengers you may have because they’ll have plenty of breathing room.

Another notable similarity is that each of these models utilizes the Safe Stop Energy-Absorbing Harness to reduce the forward movement in a collision. In addition to that, they’re both equipped with an Easy-Click LATCH system that makes it quicker and easier to install your car seat. Also, their foldable designs make the Radian and Rainier an ideal car seat to take on the airplane. They’re compact, so they’ll easily fit in an overhead compartment and be easier to carry.

Lastly, I would like to point out that both of these car seats did receive rather low Overall Ease of Use Ratings from the NHTSA.

Another notable difference between these models involves the construction of the car seat. The Radian is engineered with a steel, alloy frame with aluminum reinforced sidewalls that from adequate side impact protection. Conversely, the Rainier is manufactured with a full steel frame with extra-deep aluminum sidewalls that form enhanced side impact protection.

The Diono Radian 3RXT is designed to keep your child in the rear-facing position for as long as possible and has a 10-year lifespan so that you can use this car seat from birth until your child outgrows the need for one. It features a slim and compact design so that you can easily fit three across your backseat. The Radian 3RXT is made with automotive-strength steel with a dual spine that works together to create a durable and reliable device to protect your child every time they ride in the car.

The Radian 3RXT comes with an original Diono nesting insert, a soft and comfortable infant liner to keep your baby snug while also protecting the car seat from spills and accidents. It uses an Easy-Click Super LATCH system to provide an easier and quicker way to install your child’s car seat. Additionally, the Radian 3RXT is equipped with a Safe Stop Energy-Absorbing Harness that reduces forward movement in a collision.

There are five harness slots that you can use as your child grows, but you will have to rethread the harness to use them. The Radian 3RXT also comes with 12 headrest positions so that it can grow as your child does. It’s outfitted in a machine-washable cover, and when you’re not using it, the Radian 3RXT can be folded and easily stored away due to its foldable and sleek design.

What makes the Diono Radian 3RXT special is its ability to fit three across. To me, that’s pretty much it. It comes with standard features that work to provide the ultimate protection for your child, but as far as quality, there’s nothing really special about it. All in all, other than its compact design and sturdy steel construction, the Diono Radian 3RXT is a decent all-in-one car seat that can make traveling with a car seat a bit easier.

The Rainier 2AX is a luxurious car seat that’s designed to keep your little one in the rear-facing position longer and make traveling with them easier and safer. It’s made with extra-deep sidewalls to provide enhanced side impact protection. It’s also engineered with a full steel frame, extra-deep aluminum reinforced sides, and EPS energy-absorbing foam to provide superior protection for your child.

The Rainier 2AX uses the Easy-Click Super LATCH system to make it easier and quicker to install your child’s car seat. It comes with an audible click indicator to let you know that you’ve installed the car seat correctly and securely. In addition to that, the Rainier 2AX comes with a 5-point Safe Stop Energy-Absorbing Harness that limits forward movement in a collision. It’s also equipped with expandable footrests that make it easy for your child to get in and out of their car seat as they grow and get older.

The Rainier 2AX is outfitted in a machine-washable cover, and when you’re not using it, the Rainier 2AX can be easily folded and stored away. Its foldable and compact design also makes it an ideal car seat to take with on your travels.

What sets the Rainier 2AX apart from the Radian, other than its ability to fit three across, is its very sturdy construction. Combined, the extra-deep sidewalls and the full steel frame create a car seat that’s durable, reliable, and strong. It provides superior side impact protection, and it will make it easier to fit more than one car seat in the backseat.

However, similar to the Radian, the Rainier 2AX has pretty low NHTSA safety ratings, and while it does claim to make traveling easier, it’s very heavy to carry around. All in all, the Rainier 2AX is a simple car seat with enhanced features that are ideal for someone with more than one child.

The Radian 3RXT and Rainier 2AX both have a lot of qualities that are similar to one another, but they each have small key differences that set these car seats apart. Although their NHTSA safety ratings aren't the highest, they both provide work to provide the ultimate protection for your little one while also ensuring that they ride comfortably.

If I were to recommend one of these car seats, I would go with the Radian 3RXT. The reason being is that it's an all-in-one car seat that won't need to be replaced when it's time to transition your child to a booster seat. Be that as it may, both of these car seats are popular models that will make it easier and safer for your little one to ride in the car.