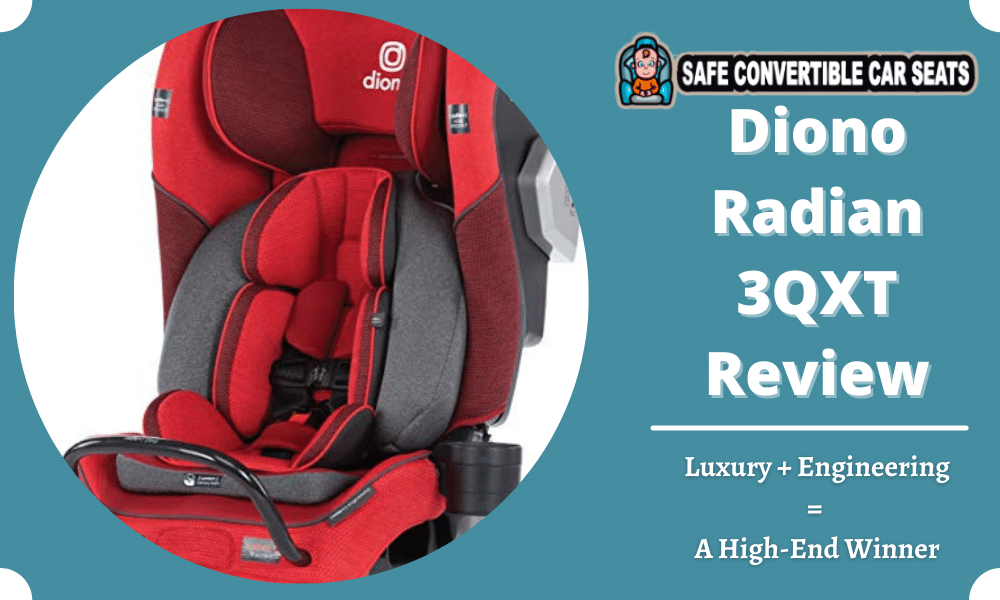 In our Diono Radian 3QXT review, we look at Diono’s latest model in their line of high-end, crash-tested convertible car seats.

Here’s a quick rundown of this model’s features:

This is a top of the line, luxurious car seat!

Now let’s get into the details: 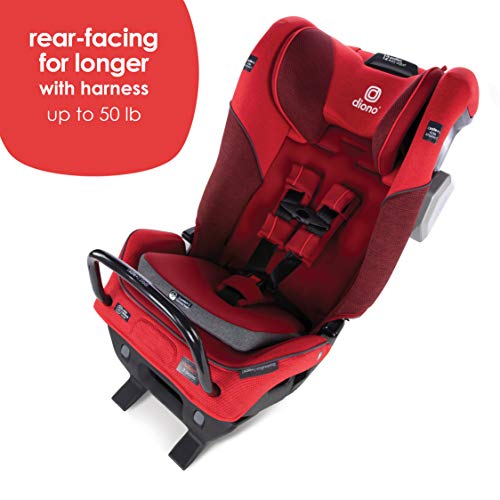 One of the best features of the Radian 3QXT is the newborn protection encompassing four different stages. All Diono car seats have passed rigorous collision testing including rear, front and side impacts. To ensure the car seat is safe, rollover testing is also conducted. The Radian 3QXT will last for approximately ten years, ensuring a customized fit through adaptability.

The slim-fit design provides the car seat with a narrower profile. Parents with several children will be able to place three of the Radian 3QXT next to one another in the back seat of most vehicles. This will not affect the comfort of the children. For parents interested in a car seat offering the latest technology, true comfort, and exceptional safety, the Radian 3QXT is a great option.

These are two of the layers consisting of EPP and EPS foam, steel reinforcement, and high-density plastic to keep the child safe during a side-impact collision. Despite the numerous layers of protection, the car seat has a slimmer width.

Who is the Diono Radian 3QXT Most Suitable For? 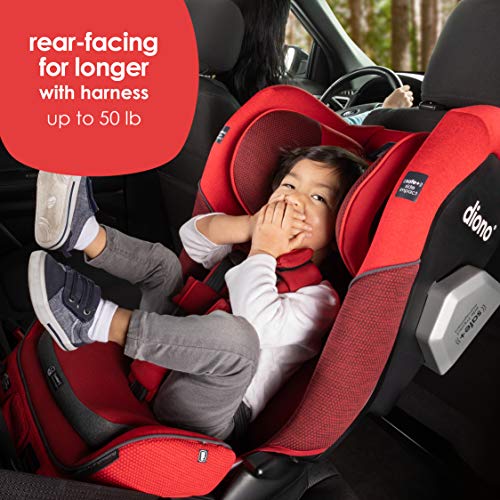 The car seat is appropriate for taking a newborn baby home from the hospital until a weight of 120 pounds. In the rear-facing position, the car seat protects a child from four to 50 pounds. Once converted to the forward-facing position, the seat accommodates children 22 to 65 pounds. The final position is the booster seat. Children a maximum of 57 inches in height, and 40 to 120 pounds can ride comfortably.

What is Included with the Diono Radian 3QXT?

Pros and Cons of the Diono Radian 3QXT

Tutorial videos for installation of the Radian 3QXT are available at:

The manufacturer's manual is available at: 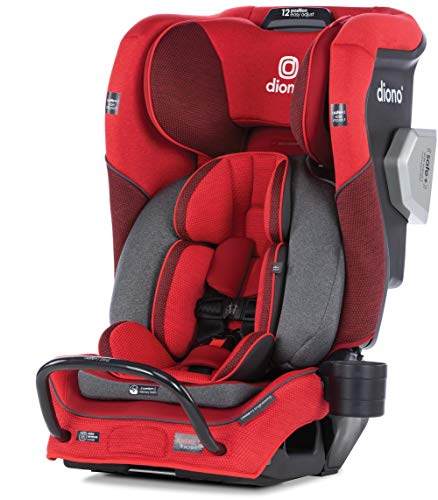 Both the Diono Radian 3QXT and 3RXT are safe and comfortable car seats. The appearance and style of both models are very similar. The shape is different, and the Radian 3QXT offers more accessories included with the car seat to protect newborns. There is no anti-rebound bar with the Radian 3XRT for the rear-facing position. Both models include a cupholder to ensure the child has a drink available while traveling.

The covers for both car seats are removable, and machine washable for convenience. There is also a slight difference in the minimum weight limits for the car seats. Although both have a maximum weight limit of 50 pounds, the minimum limit for the Radian 3RXT is five pounds. Every model in the Q series is safe for babies only four pounds. The 3XRT may present an issue for very small babies.

The 3RXT does not include extended sidewalls, protection for either side or rear impacts, a steel core, or a wedge for newborn babies. The testing for rear impacts, and rollovers are more extensive for the Radian 3QXT. Diono manufacturers both models, ensuring quality and safety. If the parents intend to install just one or two car seats in the vehicle, the seat width of the Radian 3RXT can be expanded to provide the child with a little more room.

Both the Radian 3QXT and 3RXT are manufactured with dual spines, and automotive strength steel. Both models include a headrest offering 12 positions, side-impact protection, a cup holder, anti-slip harness, low seats and memory foam. The final notable difference is the Radian 3QXT is manufactured with cutting-edge technology. The protection and safety of the 3QXT are slightly ahead of the 3RXT.

The Radian 3QXT is simply awesome, because of its many excellent qualities.

The design enables parents with two or three children to have car seats in the back of the vehicle to accommodate everyone. The car seat is also a good option if the parents intend to have more children. A convertible car seat is a good investment for the comfort and safety of the child that will remain suitable for about 10 years.

The features of the car seat are important for parents including the steel anti-rebound bar, side impact protection for collisions, luxurious comfort, and exceptional functionality.

The Radian 3QXT performed well in rollover, side-impact, rear, and front crash testing. Parents interested in the best protection currently available for their child should consider the Diono Radian 3QXT.

Many of the less inexpensive car seats are only suitable for a period of four to five years as opposed to 10. The Radian 3QXT also offers a good range of color options for personalization.