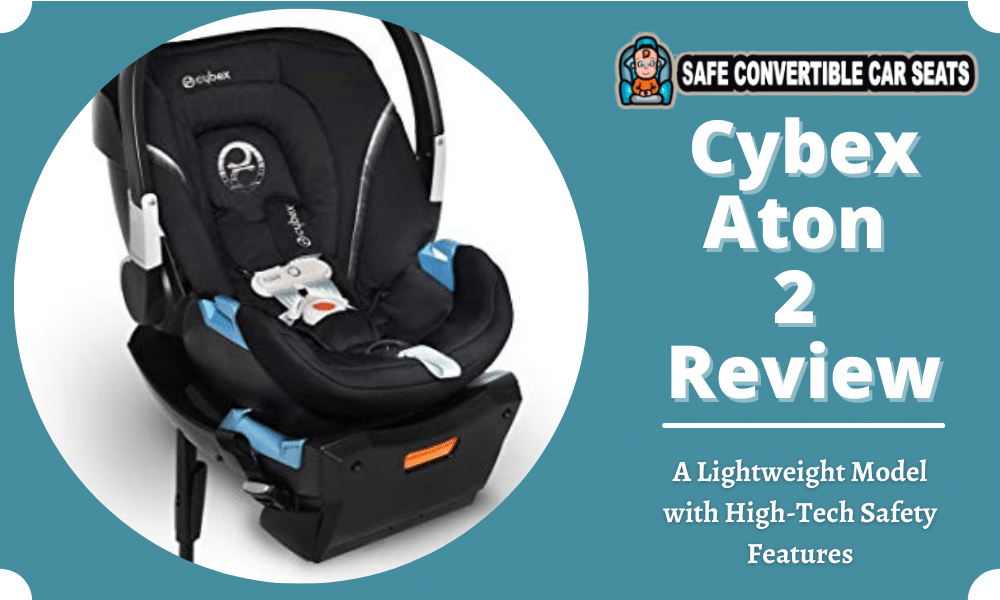 The Cybex Aton 2 is a rear-facing infant car seat that is loaded with features for stability and safety, and which provides you with several options for installation.

This thoughtfully designed model helps allow you to concentrate more on your driving while worrying less about your infant’s well-being, thanks to a high-tech chest clip that can automatically alert you to potentially unsafe conditions.

You’ll also have peace of mind knowing it offers side-impact protection as well as a secure installation thanks to a stabilizing load leg base. It’s also lightweight, at just nine pounds, so it’s easy to carry to and from the house and to transfer to a compatible stroller.

Overview of the Cybex Aton 2 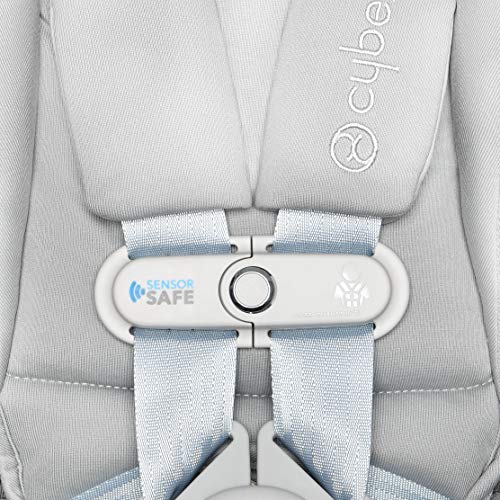 This rear-facing infant model is made for babies in the newborn stage and older, weighing between four and 35 pounds. With its built-in safety alert system, it’s well suited for parents who find themselves torn between looking back to check on their infant and wanting to keep both eyes on the road. It’s also rated highly for impact protection, due to energy-absorbing foam and a stabilizing load leg, both of which help to reduce the force of a crash felt by the child.

The Aton 2 is equipped with built-in plastic guides to assist you in connecting it to your vehicle’s LATCH anchors. As an alternative to LATCH, it also features a belt lock-off system for a secure connection using your vehicle’s eat belt. Like some other car seats, this model can also be installed without the base by using either the European or the American belt path method. This comes in handy for those who frequently or use ride sharing services.

The Cybex Aton 2 is compatible with a number of strollers, so it can be part of a travel system that makes it easy to transfer the carrier from the car to a stroller and back again. At less than 10 pounds, this seat’s light weight makes it relatively easy to carry. The 100% polyester fabric is machine washable, and needs to lie flat to dry.

The SensorSafe 4-in-1 Kit of the Aton 2 connects to a vehicle receiver which, in turn, sends notifications to a mobile app on your smartphone. Problems it can alert you to include situations in which your child unbuckles the clip, your child has possibly been left alone in the car, or when there is a high ambient temperature.

In addition to these automatic alerts, the Aton 2 incorporates a side-impact protection system and a stabilizing load leg base designed to reduce the force felt by an infant during a collision. A green button lets you know whether the carrier is attached properly to the base. It can be installed with its LATCH connectors or with your vehicle’s seat belt.

Who is the Cybex Aton 2 Car Seat suitable for?

Per the manufacturer, the Aton 2 is for newborns through toddlers who around 18 months old. The stated weight range is between four and 35 pounds, and the indicated height range is 17 to 30 inches. It’s a good option for parents who prefer a high-tech model that can send notifications to one’s smartphone. It conveniently can be part of a travel system when used with a compatible stroller, and is lightweight and highly portable.

What is included with the Cybex Aton 2?

Included with this model are the car seat and the base, as well as a removable insert that provides extra head support for newborns and small infants weighing between five and 11 pounds. Sold separately from the manufacturer are an elastic insect net and a clear plastic rain cover.

Pros and Cons of Cybex Aton 2

A tutorial installation video is available below:

The Cybex Aton 2 manufacturers manual is available online at the following link: 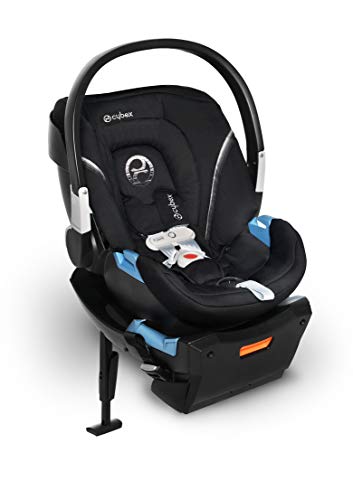 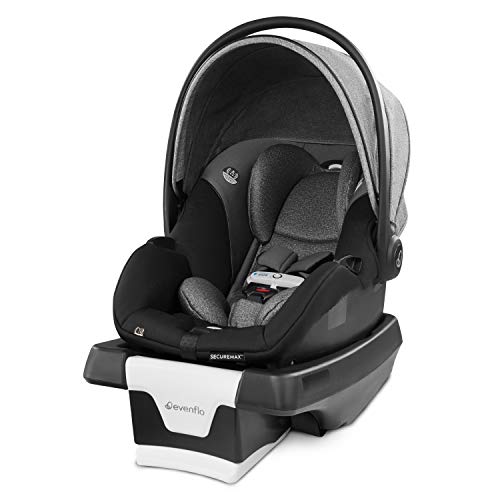 A highly similar model to the Aton 2 is the Evenflo Gold SensorSafe Infant Car Seat. Both of these make use of the patented SensorSafe technology to alert you to potentially unsafe conditions like a high temperature in the vehicle or if it senses the child may have been left unattended in a parked car. Other similar features they share include a stabilizing load leg and side-impact protection. Both carriers also are conveniently lightweight, with the Aton 2 being ever-so-slightly lighter.

When it comes to ease of adjustment, the Evenflo model has a leg up in that it does not need rethreading to adjust the harness, whereas the Aton 2 requires rethreading. The Evenflo option is also significantly less expensive, although both are on the pricey side in comparison to standard infant car seats without the SensorSafe technology. In all, both are reliable choices that are highly rated when it comes to both safety and overall quality.

The Cybex Aton 2 is a hefty investment. It was one of the more expensive infant seats out there. However, the price reflects the quality. The Aton 2 has some of the best crash test scores out there and worth considering.

The crash test results are only part of the protection the Aton 2 offers. It has a load leg that stabilizes the base and reduces the chances of rebound or rotation in a car accident. The LATCH push-button connectors make it easier to connect and disconnect. If you choose to go with the vehicle seat belt, you might find installation and use a bit more complicated. 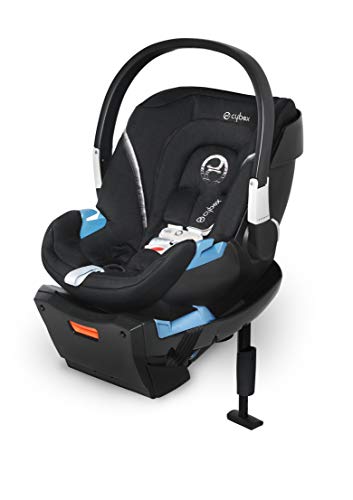 The comfort and quality level is pretty spot on. The Aton 2 has plenty of padding, and they use jersey knit fabric, which is heavenly against an infant's soft skin. It even has a canopy to protect it from the sun. The Aton 2 works well for smaller babies because it is tailored for little ones as tiny as 4 pounds.

The Cybex Aton 2 is less than 10 pounds, making it lightweight and easy to cart around. However, it works best for parents that do not change take the infant car seat in and out of a vehicle.