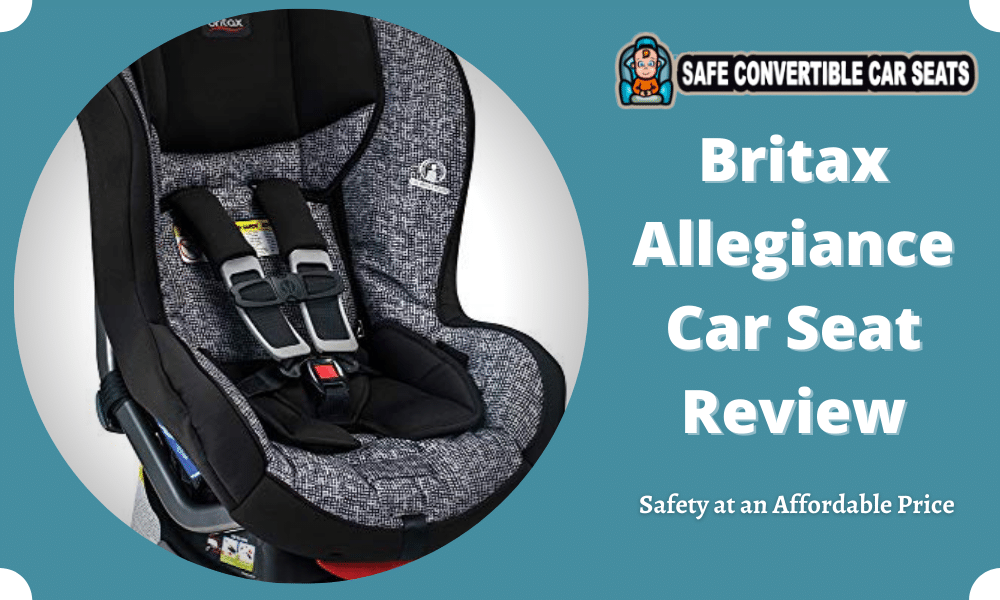 That’s why the Britax Allegiance was launched. It’s a more affordable Britax convertible car seat that still offers the quality construction and safety that this popular brand is known for. 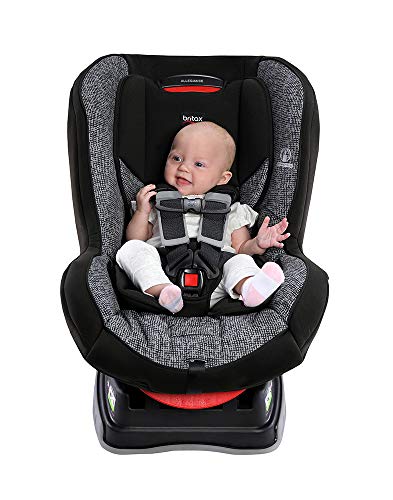 The Britax Allegiance is a more affordable Britax car seat that incorporates many of the most popular Britax features and technologies. It has a 10-position harness that never needs rethreading, a removable cover for easy cleaning, and simple LATCH installation with clear labels on the seat itself, for minimal referring to the manual.

The Allegiance is smaller and lighter in weight than other Britax convertible car seats, with a convenient carrying handle on the top that makes it easier to move the car seat into and out of a vehicle.

What are this model’s NHTSA ratings? All car seats that are rated by the NHTSA meet federal safety and crash performance standards, so all NHTSA rated car seats are safe. However, the NHTSA also provides car seat ratings for usefulness factors beyond basic safety.

The NHTSA has rated the Britax Advocate ClickTight as follows:

Does this model have:

Who is the Britax Allegiance Most Suitable For? 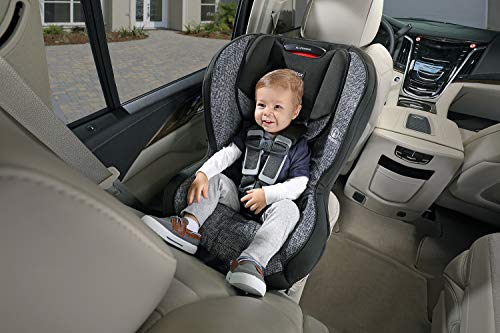 The Britax Allegiance was designed for parents who want the superior safety and quality of a Britax convertible car seat, at a more affordable price. The Britax Essentials line, launched in 2018, is a more affordable line of Britax convertible car seats that don't have the ClickTight installation system. Without the ClickTight system, these car seats are a bit more difficult to install, but the seats themselves still provide excellent protection and include many of the unique Britax safety features and technologies.

At 18.5 inches wide, and weighing less than 20 pounds, the Allegiance is a great option for parents who need a convertible car seat that will fit in a small vehicle, or in 3-across configurations (in specific makes and models).

This car seat will protect a child from infancy through 65 pounds or 49 inches in height, keeping them safe when they travel for their first several years of life, and it's a great way to get exceptional Britax protection at an affordable price.

What is included with the Britax Allegiance?

The Britax Allegiance comes with a newborn insert pillow.

Pros and Cons of Britax Allegiance

There are no videos specifically for this model. The installation videos on the Britax Child Safety Inc YouTube channel don't reference this model (and the video online appears to be one of those from YouTube), and the independent vloggers and reviewers don't show the installation process.

The user guide is available online in English and Spanish and can be found here: 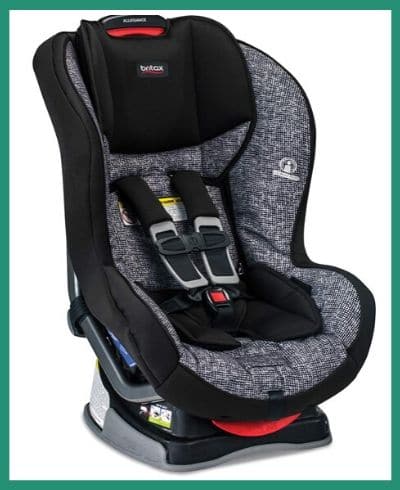 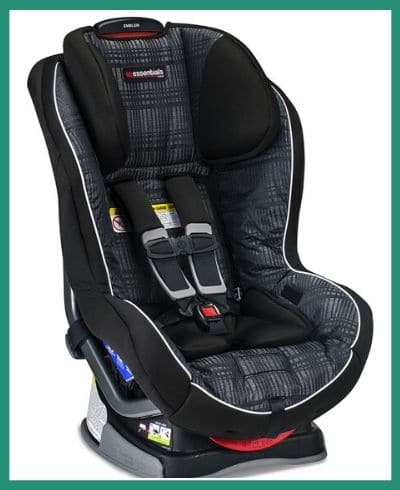 The Britax Allegiance and Britax Emblem were both launched in January 2018 as part of the Britax Essentials line. These car seats are extremely similar, and they are both convertible car seats with identical installation.

In fact, the only manufacturing difference between the Allegiance and the Emblem is that the Emblem has two layers of side impact protection, with both a foam-lined shell and quick-adjust head protection.

When these car seats were launched, there may have been a price difference between the Allegiance and the Emblem. Today, depending on your upholstery choices, the two car seats are virtually identical in price.

Since the Britax Allegiance and the Britax Emblem are identical in size, weight, features, and price, but the Emblem has one more level of side impact protection, it seems like choosing the Britax Emblem is a no-brainer. After all, if you could give your child an extra layer of protection in the same size, type, and price in a car seat, wouldn't you?

Family budgets are part of the decision-making process when parents shop around for the best convertible car seats on the market. The Britax Allegiance is one of the more cost-effective choices out there.

The Allegiance offers more than a lower price tag. It is easy to use and has passed the crash test with high grades. However, if you tend to struggle with installations, it is a bit on the difficult side. The ClickTight feature and LATCH strap adjuster adds security but tends to be on the stubborn side when removing the seat. 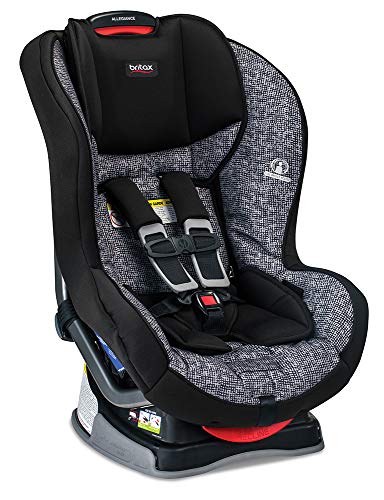 It has ease of use when it comes to day to day activity. It is trouble-free to spot clean and has a straightforward design. It has ten shoulder strap height positions and two crotch strap positions so that you can adjust it to fit most children without getting overly frustrated.

If you tend to move a convertible car seat from vehicle to vehicle, the Britax Allegiance might not be for you. Also, the width is a bit much if you have more than one seat or a backseat passenger. But, a lot of parents choose the tradeoff because of the impressive and affordable safety.

Britax vs Chicco: Features, Pros & Cons, and How to Choose