A sunroof that will not fully close may seem like a big problem, but most of the solutions are simple and should not require expensive repairs.

The standard solutions to keep in mind are that you may have to clean or clear an obstruction from the rails, reset the sunroof, or find the motor to close the sunroof manually.

Your eyes and ears are helpful tools to listen to whether or not the motor is working and to look for obstructions.

Quick Navigation
Why Does My Sunroof Open But Not Close?
The Most Common Reasons
How To Handle a Failing Motor
How Do I Reset My Sunroof?
How Do You Manually Close a Panoramic Sunroof?
Sunroof Starts To Close Then Reverses
How Much Does it Cost to Fix a Sunroof That Won't Close?
Simple Solutions Work the Best

Why Does My Sunroof Open But Not Close?

Your sunroof might open but not close for several reasons. You have to consider the condition of the motor, wires, and track.

The Most Common Reasons

When a sunroof does not close after opening, the cause is the battery, a bad fuse, a bad motor, or a problem with the track. See what to do below with a motor that is working but struggling.

The battery sometimes causes a problem after replacing a dead battery. Some people push the sunroof button, and there is some kind of malfunction. In most cases, replacing the battery reset the electrics, and you need to reset the sunroof.

See the section below: “How Do I Reset My Sunroof?” That section describes each step.

The best-case scenario is simply needing to replace a fuse. Locate the fuse box and find the fuse that looks blown out. You should be able to walk into any automotive store and buy another fuse for a low price.

You can often discover a track problem with a visual inspection. The track could have damage that caused distortion. Something could have broken and lodged inside, preventing the roof from closing.

There could also be weather damage, such as rust, causing problems. Whatever the issue with the track is, you will usually be able to see the problem.

The motor might have stopped working. In most cars, you can access the motor where the buttons are by removing a couple of screws. If there is a sunglasses holder, you may discover the screws inside.

Whatever the process is for your automobile, once you have access to the motor there is usually an Allen key screw you can turn manually. You may find turning the screw difficult, but the sunroof should close in a minute or less.

How To Handle a Failing Motor

A weak motor is another likely cause. There may be some faulty wires. Rust on any metal parts can also play a role. The cause could be a combination of these reasons, making finding the culprit hard to do.

Under normal circumstances, the automobile is several years old, and the motor is giving out. Outside of professional repairs, a quick fix is usually easy.

Since the motor is usually still working but is weak, you can help close the sunroof. Press the button and drag with the palm-side of your hand on the roof and help push the sunroof closed.

One option is to stop using the sunroof afterward since there is no way of knowing when the motor will die. If costly repairs do not fit your 2022 budget, keep the sunroof closed, and everything should be fine.

If repairs are not a problem, a sunroof is a candidate to let the dealer repair. Otherwise, go to a mechanic who you know has the qualifications for the make and model of your automobile.

How Do I Reset My Sunroof?

Most people who need to reset their sunroof, need to do so after replacing the battery or a fuse. One of these power cuts causes a reset of the electrics, and the sunroof requires a manual reset to work again.

You can also press and hold the close button after a battery change as a precaution so that you do not have to risk the sunroof opening and not closing. Once you hear the click, the sunroof has reset, and each button push should allow the sunroof to open and close normally.

How Do You Manually Close a Panoramic Sunroof? 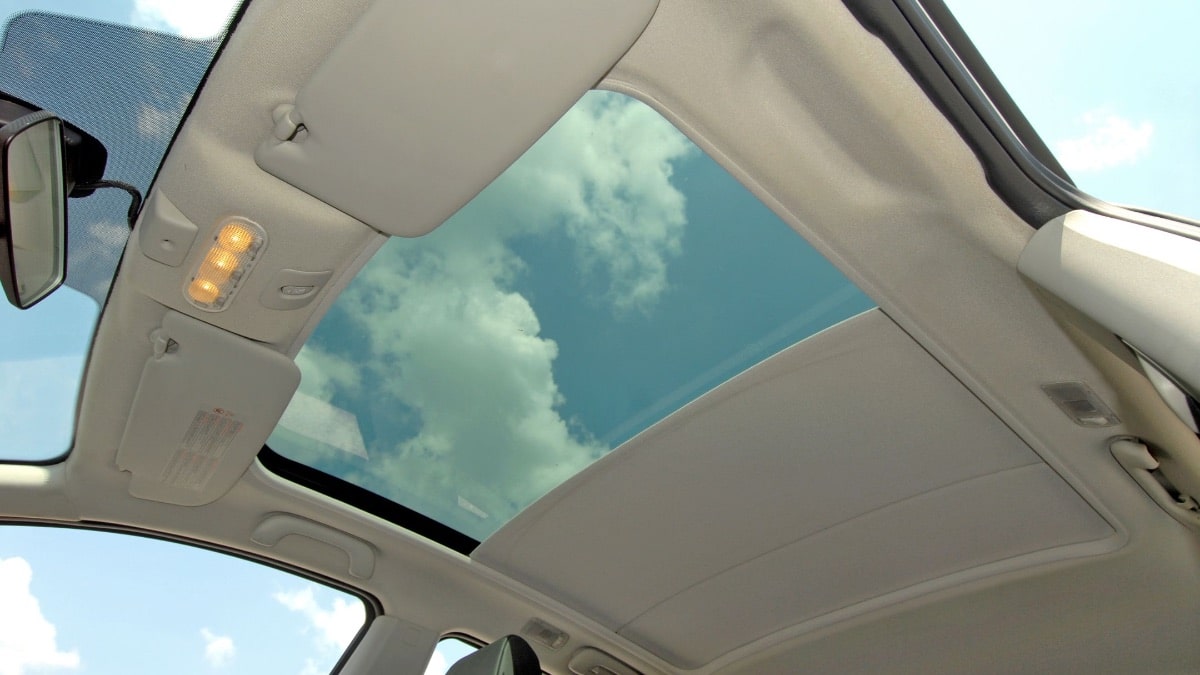 You may have seen above that you can access the motor in the section about the most common reasons a sunroof will not close. The same fix applies to a panoramic sunroof.

The difference is that a regular sunroof often has the motor near the rearview mirror, and a panoramic sunroof is larger, so the motor may be somewhere else. Instead of just removing a screw, you might be removing many screws and removing most of the framework that keeps the interior ceiling attached.

You might notice that the control panel is larger than necessary to house the buttons. If so, the panel is probably sticking out because the motor is inside. If the motor is somewhere else, keep removing panels that secure the ceiling. You may find the motor in the middle or at the back.

Once you find the motor, there is usually an Allen key screw. Just like the saying—righty-tighty, lefty-loosey, right turns should close the sunroof. Make sure to put all the screws in a bowl. Lost screws cause headaches.

Sunroof Starts To Close Then Reverses

If you have a reversing sunroof problem, you are likely to find a list of quick fixes difficult to procure. The most likely reason is that something is triggering the safety mechanism.

The safety mechanism is an important feature that prevents the sunroof from crushing fingers if somebody curiously reaches up at the wrong time. The roof detects the resistance and slides open again.

This safety feature gets annoying if the roof is touching something minor that feels like resistance which triggers the reversal. There are too many reasons the roof might feel some resistance to list entirely. Check for any kind of obstruction in the tracks including dirt.

There could also be too much resistance from a lack of lubrication. A touch of lube could get things moving again. The rails or the gear mechanism could need lubrication or both.

An old motor could reverse due to a lack of power. Do a visual inspection and look for signs of dryness or obstruction. If you see dryness, add some lubricant.

Another potential solution in the troubleshooting process is to reset the sunroof. The full description is above. The short version is that you fully close the sunroof and hold the close button for a few seconds until you hear a click. Some models open and close instead.

How Much Does it Cost to Fix a Sunroof That Won't Close?

Many repair costs come down to the costs of repairing certain makes and models. Which repair shop you go to plays a role too. Some mechanics seem to always find a way to charge a fortune, while others are reasonable.

Parts for certain imports are always expensive. Domestic cars with common parts usually cost less. Some imports, meaning foreign-owned companies, have domestic production, and the parts are as cheap as domestic brands.

One of the biggest effects on repair costs is the extent of the repairs. A new motor might be quite reasonable, but replacing a sunroof will be expensive. On average, repair costs range between $400-$800 but can go as high as $1,000.

The primary repairs that affect a sunroof that will not close are cleaning, broken cable, track replacement, motor replacement, and replacing the sunroof.

Cleaning should cost a little under or over $100 and should not exceed $150. A broken cable and track replacement have similar costs between $500-$800.

If you have to go to a professional to get your sunroof repaired, take a few precautions. One of the most helpful steps to take is to utilize the online community via social media. Many repair shops have online ratings and comments that help you find shops that do good work. 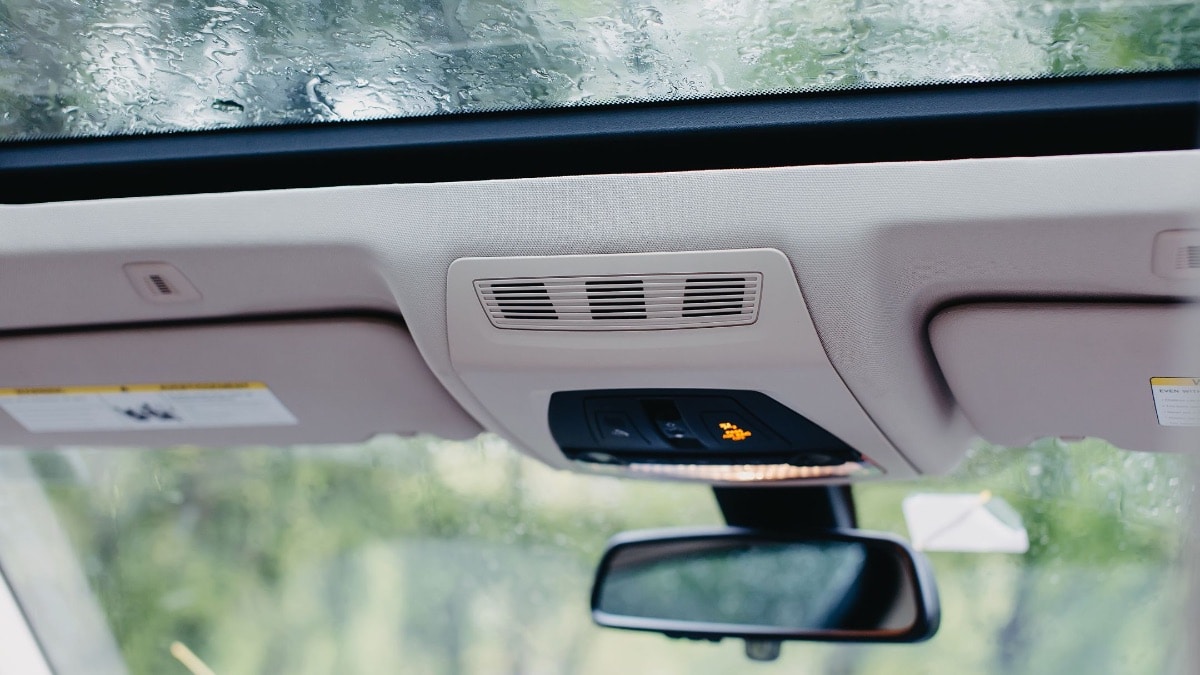 You want to go to a shop that offers a warranty on their work. If you bought a standalone motor for anything else, you would expect to have a warranty in case the motor stops working too soon.

Depending on the extent of your repairs, you may want to make sure the repair shop has certifications for sunroof repair. The NWRD (National Windshield Repair Division) and the GSC (Glass Safety Council) are two vital certifications. The shop only needs to have one certification.

A malfunctioning sunroof does not have to be a repair that requires expensive professional attention. The solution may be as simple as cleaning the rails and applying some lubrication.

Pay close attention to what you can see and hear to determine if you have a problem that requires professional help. Some people have gotten lucky and found a few plastic fragments in the rails that caused a problem.